Exposure to common environmental toxins has been linked to several diseases, and a new report suggests one way they may do this is by changing our gut bacteria.

Environmental pollutants are so widespread in our environment exposure is ubiquitous. And they have been linked to several important health problems including dementia, diabetes, heart disease, obesity and certain cancers.

A new study suggests that environmental toxins can alter gut bacteria in ways that may increase your disease risk.

Researchers spiked the diet of mice with the dioxin 2,3,7,8-tetrachlorodibenzofuran (TCDF), a common persistent environmental contaminant, and examined the effects on gut microbiota and their metabolism (2). The levels used were 1000 fold higher that common dietary exposure, but still provide insight into how such toxins may affect our health. A low-dose study that better reflects common exposures is currently underway. 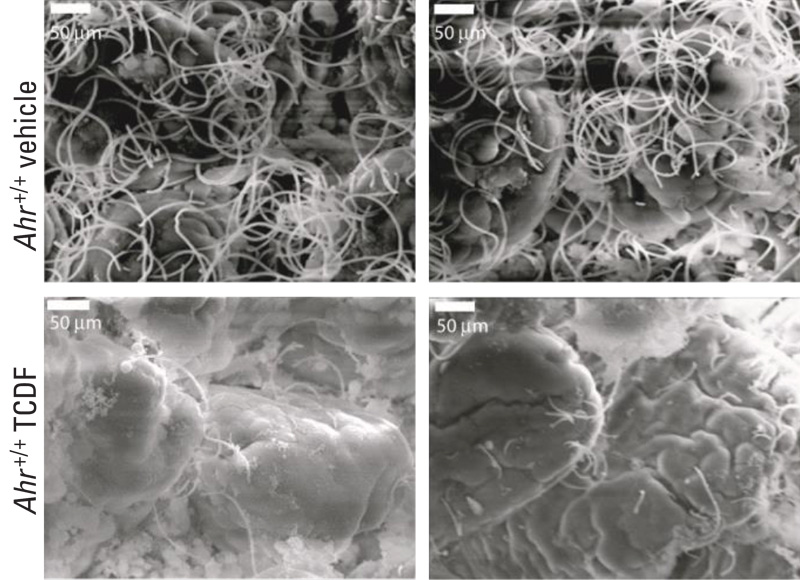 Dietary TCDF altered the gut microbiota by shifting the ratio of dominant bacteria Firmicutes to Bacteroidetes, indicating that the total population of the gut microbiota was changed. And these bacterial changes were associated with increased bacterial fermentation, significant intestinal inflammation, changes in liver function, and metabolic changes that influence fat and glucose metabolism.

These results suggest that environmental toxins may negatively impact gut bacteria in ways that contribute to the development of chronic disease. Adding to this evidence, other toxins including polychlorinated biphenyls (PCBs) and urban airborne particulate matter (air pollution) have also been shown to have a negative effect on gut bacteria (3,4).