An enzyme widely used in commercial food processing may be linked to the development of celiac disease and should be disclosed on food labels, according to a new scientific review.

Once associated primarily with gastrointestinal symptoms and onset in early life, celiac disease is now developing later in life and often associated with diverse symptoms including mental health issues, infertility and skin diseases.

Some scientists think that environmental factors other than gluten may be responsible for the changing face and increasing incidence of celiac disease.

One culprit may be an enzyme widely used in commercial food production. Microbial transglutaminase is increasingly used in the food industry including in meat, fish, dairy products, confectionary and baked goods with current estimates suggesting people may be consuming as much as 15 mg daily.

Transglutaminase interacts with proteins and is used to improve the texture, shelf life, stability and volume of foods, but its functional properties may also have consequences for human health with evidence to suggest that it is an environmental enhancer of celiac disease. 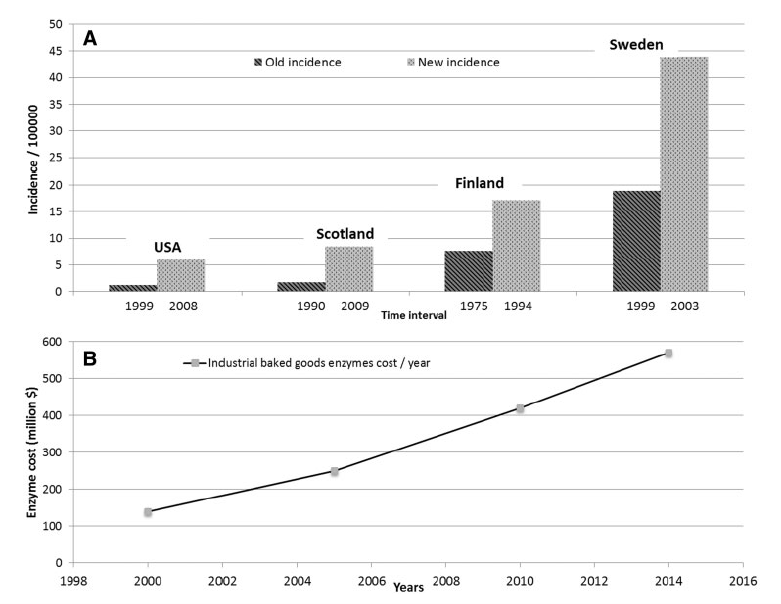 In other words, transglutaminase may be making gluten more of a problem in foods while also disrupting your gut and immune system, ultimately increasing the incidence and severity of celiac disease.

“Until further studies provide additional information, it is recommended that any use of microbial transglutaminase in the commercial processing or baking of food be disclosed on the packaging label to ensure transparency for consumers, as is currently required in Switzerland by the regulatory authorities,” say researchers.